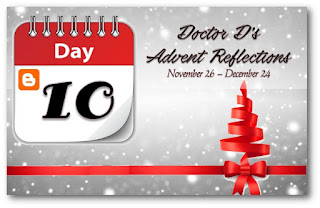 I think when I started this more recent edition of an "epic journey" in blogging that I didn't really take into account a couple of important events: the advent season, which for me is very full and the completion of my clinical pastoral education unit (finished on December 21).  It's been a crazy busy schedule that isn't completely over because tomorrow I have two regular worship services coupled with the special Christmas Eve Candlelight services at both churches.  Tomorrow also includes my 29-day commitment to this series of blogging, which I have really appreciated doing when I have been able to make it work.  I guess I will just have to begin a new round of blogs beginning in January and the new year.  I'm fairly confident that I can cover some interesting topics in the weeks to come.

But, tonight is all about expectation (and not because I am expecting to watch the Packer Viking game being broadcast from the frozen tundra of Lambeau Field in Green Bay, Wisconsin).  This is a storied rivalry that goes back to the early sixties when the Vikings began their history by actually taking over Minnesota, which was largely Packer territory before the NFL came to Bloomington, Minnesota.  Admittedly, I am awaiting the start of this game with great anticipation, but that really isn't what I wanted to share.

It's the season of anticipation.  May it be a precious time as we celebrate God's answer to our anticipation!  Merry Christmas to all!

Posted by Daren Flinck at 5:35 PM No comments: 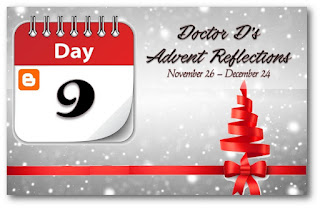 I've been so busy that I didn't even notice that a holiday tradition already came and went.  For me, that tradition is watching "A Charlie Brown Christmas".  This year, the Christmas classic was already on the air on Thursday, November 30.  How did I miss that one?  But, if you missed that showing (like I did) and you don't have the cd (like I do), then you can stream this show on Amazon Video anytime you want. 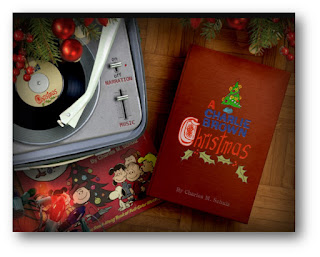 I'm not really that concerned about missing the yearly special that has been on tv since I was in the 6th grade (c'mon you math geniuses, figure it out - it was 1965).  The reason I'm not concerned is that I can watch it anytime I want to with my interactive app on my iPad, with some special features.  You can listen to the story page by page.  You can throw snowballs and snap Linus' towel at cans on the fence.  You can decorate the Christmas tree and make all of the players dance, skate, and move.  Nice entertainment for a reasonable price.

What's really fun about all the fuss I make over the story of Charlie Brown Christmas story is the essence of the story itself.  The theme of the story "what is Christmas all about?" is exactly that - the story of the birth of Jesus and why he came to us.  I love the reminder every year.  I understand the Worthington High School youth is presenting the play at the Memorial Auditorium later this week.  I'm guessing it is worth the time. 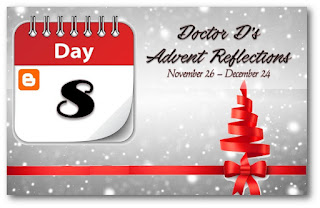 I've always been fascinated with the story of Joseph - not the Technicolor Dreamcoat Joseph, but the earthly father of Jesus Joseph.  He's a bit of a silent type.  Scripture doesn't record where Joseph spoke a word, but he did listen and he did act a number of times.  If we really pay attention to Joseph's actions, we learn that those speak louder than his words.  Exactly what did Joseph do?  The first thing we are told about Joseph is that when he discovered that his fiancee was pregnant and the child was not his, he planned to separate from her and do it quietly.  That says something about his sense of decency and grace.  He didn't make a fuss about it (at least is wasn't reported as such).  He made a plan that would diffuse a potentially difficult situation.

The next thing we know, Joseph is visited in a dream by an angel who gives him some advice on what he needs to do next in this very sensitive situation.  The angel tells him not to be concerned to take Mary as his wife.  There are great plans for the child that she is carrying.  The angel even tells him the name to give him "Jesus, because he will save his people from their sins." (Matthew 1:21)  Scripture says that when Joseph woke up, he did exactly what the angel told him.  He took Mary as his wife.

The next thing that Matthew tells us about Joseph is fast forwarded a few years.  The wise men had just visited Jesus and his family in the house in which they were living when the angel appeared to him again in a dream.  He was told to take the child to Egypt to keep them safe, because "Herod is going to search for the child to kill him".  (Matthew 2:13)  The biblical record says Joseph got up and took his family to Egypt where they stayed until Herod was no longer a threat.

Then another angel visitant in a dream (it seems as though Josephs in the Bible were dreamers) told him to bring Jesus and his family back to Israel.  He would up in Nazareth, where he and Mary raised their family in relative quiet, at least according to what we don't hear from scripture.

The example that Joseph sets for us is one of quiet obedience.  At least according to the written record, he never says a negative word.  He simply obeys.  It's a great example for us today.  Responding to God's instruction by simple obedience.

Do your actions speak louder than words?
Posted by Daren Flinck at 7:42 PM No comments: 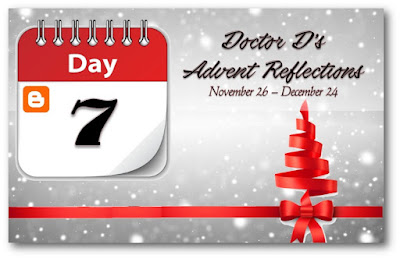 I wonder what it is about music that can bring out the emotions or the responses that it sometimes can do.  You can Google this and find out there are literally millions of answers out there (about 51,500,00 results in .57 seconds when I Googled "why does music makes us feel").  I read a bit of this one article and the writer seemed to know what it was that was behind our emotional responses to the music we listen to (read it here).  I really didn't get anything from the article, but I have my own theory on why music makes us feel something emotional.  I believe music that we listen to touches something in our memory banks - both positive and negative emotions.  That's just my take on it.

I sense it when I listen to Christmas songs - both the sacred and the secular.  They bring me back to the Christmas of my youth, when life just seemed like a simpler time.  I knew all of the Christmas hymns by heart (at least the first line of them).  Whenever I hear them today, I am brought back to that time when my mom and dad tried their level best to make Christmas a special time for our family.

You see, we didn't have internet or Facebook or computers or smartphones or Twitter or text messages to entertain us.  We had variety shows on tv that was honest to goodness entertainment.  No laugh tracks allowed!  We listened to music on the phonograph (the phonograph was an instrument for reproducing sounds by means of the vibration of a stylus, or needle, following a groove on a rotating disc, called 45 or an LP vinyl record.)  Late night, I'd listen to the radio station - WEBC out of Duluth, sometimes WLS out of Chicago.  I'd put that radio right near my ear and fall asleep to Nilsson singing "Without You" or the soft sounds of Bread or even the Beatles "Yesterday".  I know, these are secular songs, but even today they bring out emotions in me.  I can't help that - I love all forms (most forms) of music, especially music that connects me with those days.

That's why Christmas music is very special to me.  I remember more than just the presents and stuff like that - I remember Christmas Eve and 11:00 p.m. and Sunday School programs playing all the parts - shepherds, wise men, angels, Joseph.  I want to be reminded of those simpler days because it puts me in touch with something that the season is all about: love.  How much God loves us.  How much love was present in our home.  How much I miss not being able to be home for the holidays.

How about you?  What does music do for you?
Posted by Daren Flinck at 10:29 PM No comments: I missed an entire week of trying to maintain consistent blogging.  I could point to my schedule - crazy week with my clinical pastoral education class project due, our Blue Christmas service on Sunday night, practice for the Chamber Singers concert later today.  Those things plus the "normal" things of ministry kept me pretty busy.  But I really think it was the cold that settled into my head.  I just don't do sick very well.  I admit it.  It's a throw down.  TKO.

This is going to be a bit short, because I'm jotting this down before church services.  Today is going to be a cool day.  The kids at First UMC are doing their Christmas program during worship, so I won't be preaching there (come to Emmanuel in order to hear the message!).  After that, the Sunday School is hosting a potluck in the fellowship hall.  Then the Worthington Chamber Singers are presenting their Christmas concert at 2:00 p.m..  I've been very blessed to be a part of this group for the past two years.  This year's concert is "Journey to a Distant Land" where we will be lifting up a number of really nice seasonal songs.  What's really impressed me is the number of singers and their vocations - we have a lot of teachers and music teachers who have joined us.  If you are looking for a way to really get into the Christmas spirit, this is one can't miss event!

A quick shout out to the high school's presentation of "A Charlie Brown Christmas" next weekend at the Memorial Auditorium - one of my all time favorites.

So, this just gets us back on track - more to come!
Posted by Daren Flinck at 6:31 AM No comments: